The 'greenhouse effect' is not in fact the science of how GHGs affect the planet's temperature.
The GHGs in effect 'trap' heat from the sun in the lower atmosphere (like a greenhouse) because GHG molecules actively heat heat energy.
Scientists say it more like a blanket effect around the earth.
They are heat radiating gases because of their atomic structure- dipole effect.
Short wave solar energy (light) passes through the atmopshere not affecting the GHGs.
Solar energy is absorbed by the solid earth surface warming it- which radiates long wave infrared (heat) energy.
This heat energy is absorbed by GHGs energizing them to (re-) radiate heat energy in all directions (they actually vibrate).
This warms the lower atmosphere which warms the surface of the planet -more. 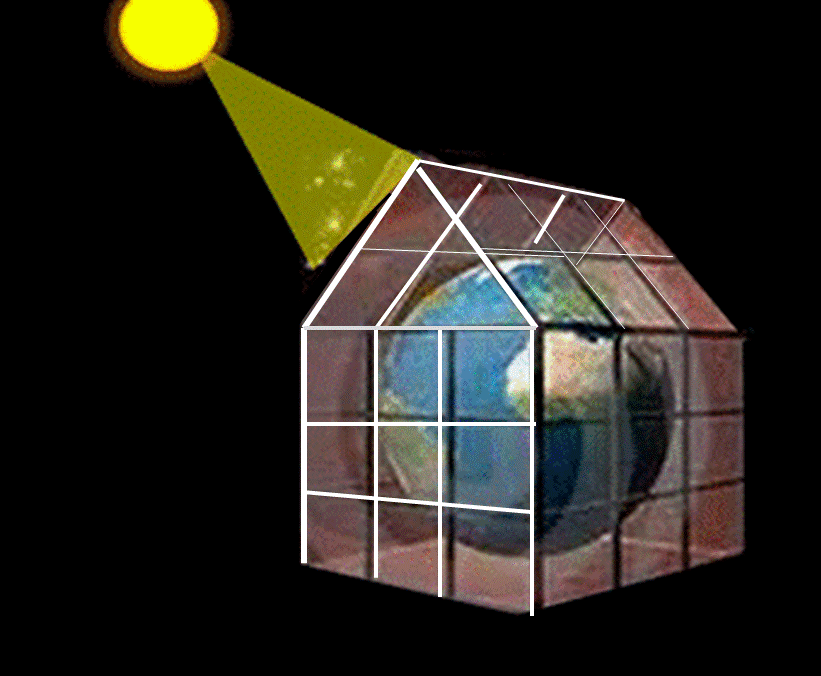 Physics also says that increasing GHG heat radiation in the lower atmosphere increases the energy in the atmosphere and so the climate system energy. 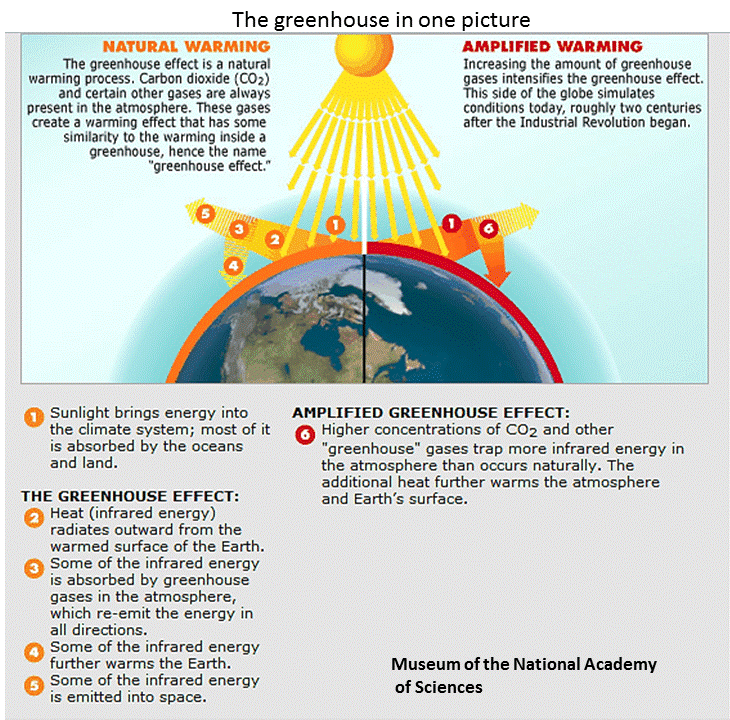 Natural and enhanced greenhouse effect in one picture. National Science Academy
So the closest analogy is an electric warming blanket
around the planet.
Adding more GHGs is like turning heat the heat to the blanket.
The more GHGs are added to the atmopshere by emissions and the longer the GHGs last in the atmosphere the more will be the global warming.
It's the law - of physics.  Nothing else can happen. There never was any debate about adding GHGs to the atmosphere causing global warming.
ENERGY
More GHGs is more energy in the atmosphere - energizing the biosphere.

The basic science.
Basic and science in depth. 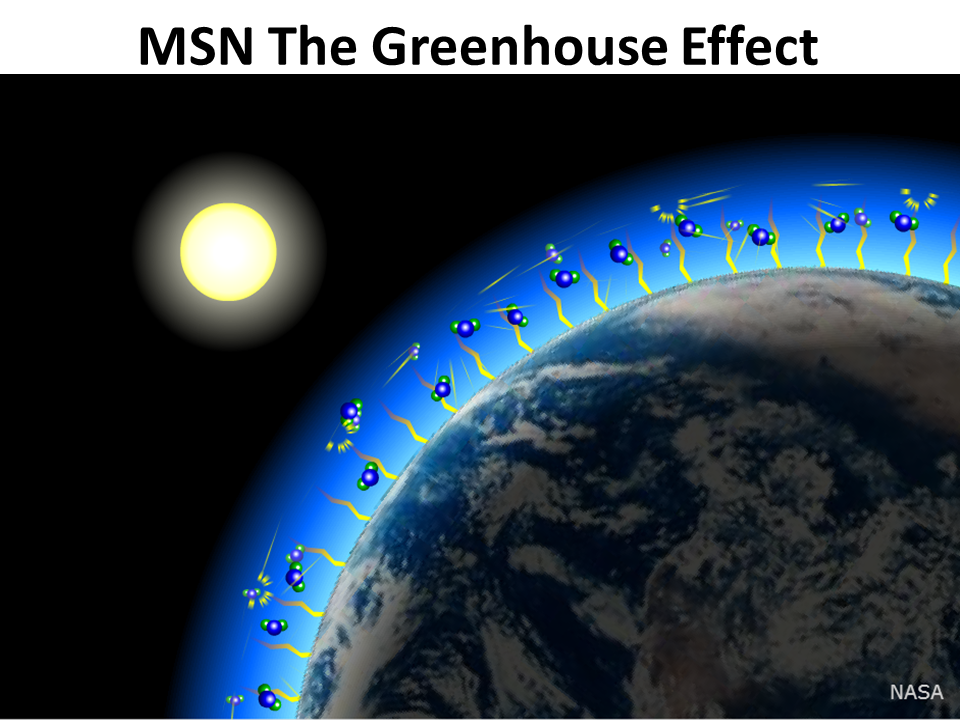 USD Interactive animation shows the how GHG molecules cause the greenhouse effect.
All together 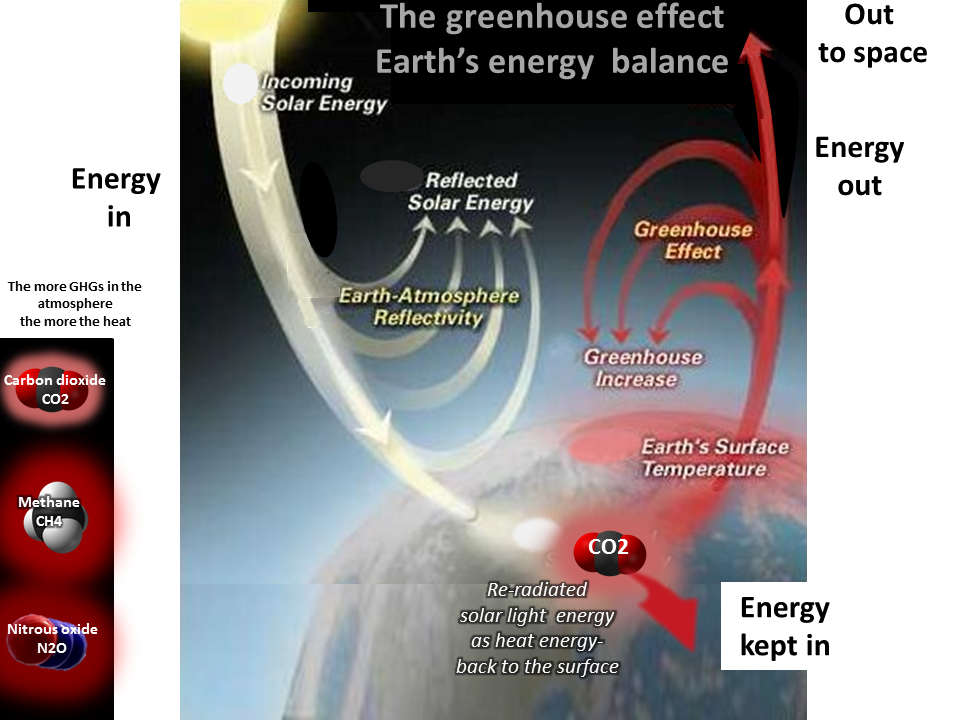 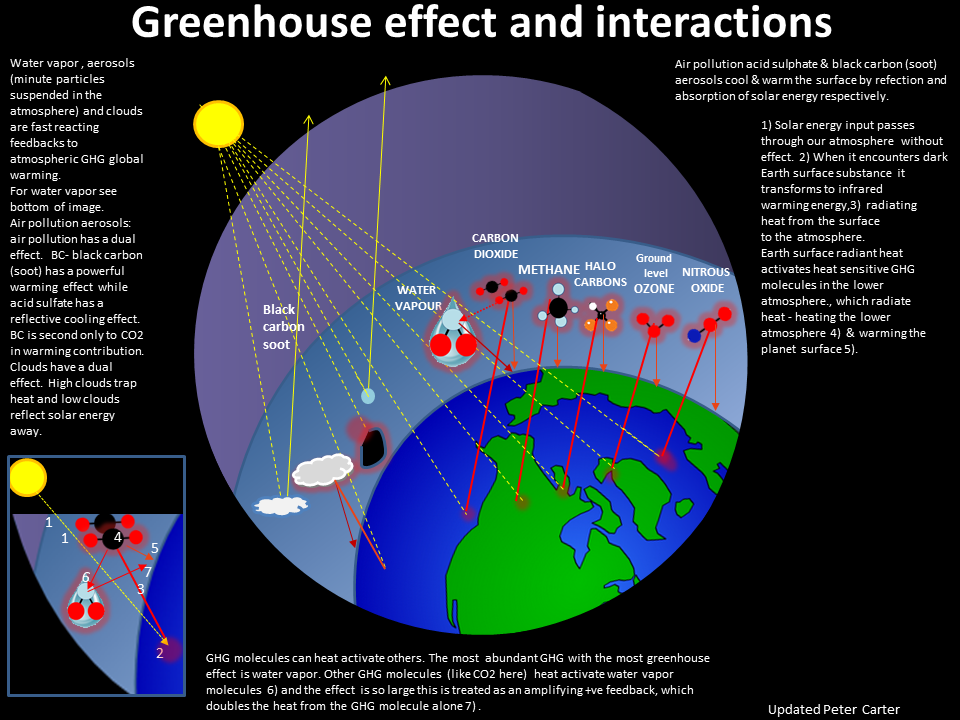 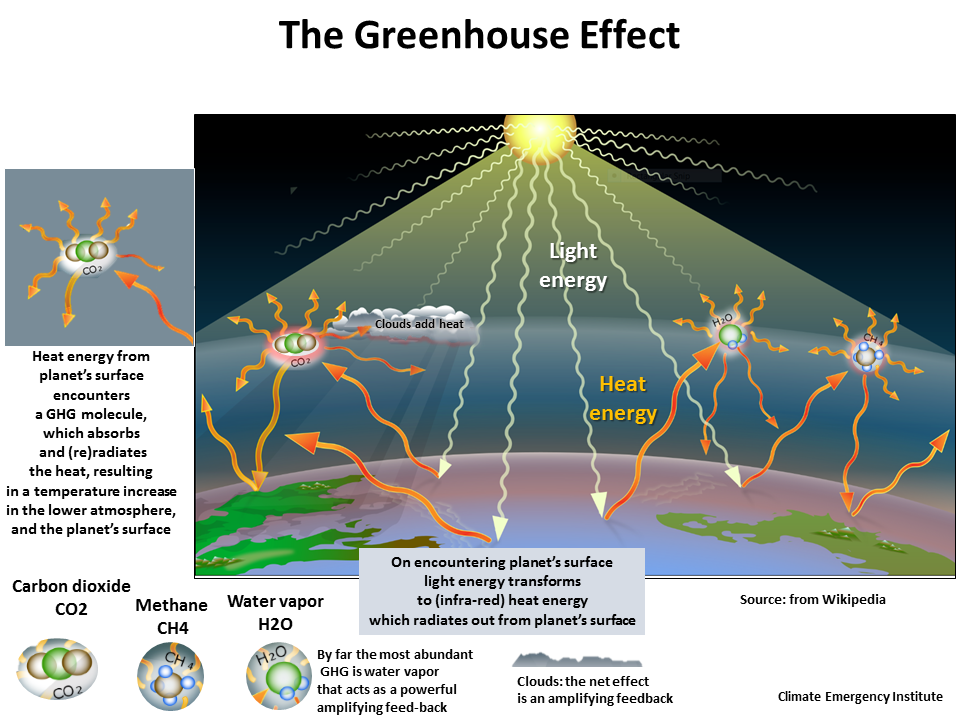